The Misnomer of ‘School Refusal’ 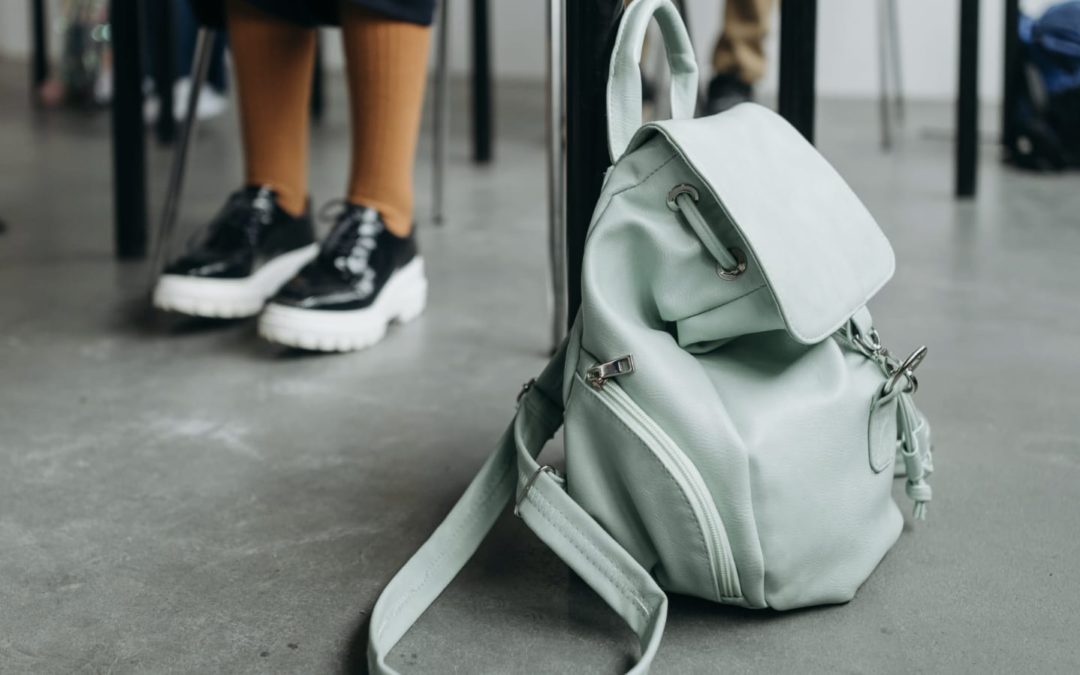 The topic of mental health is inextricable from the subject of the schooling system – this will sound familiar to you if you’ve followed us for any length of time.

A recent article in The Straits Times recounts a parent’s struggle with their child’s ‘school refusal’ and subsequent ‘tantrums’ that clearly reveal a deeper-rooted problem than what we want to address. It truly begs the question: who really is the one bearing the burden of this issue if not for the inconvenience of acknowledging our children’s vocal objections?

Let’s bring this into perspective. There’s an irony in recognising that some (more than we like to acknowledge) children are insistent to the point of distress about going to school and somehow settling on the conclusion that this is an issue to be internalised; that is, not being able to abide by the expectations that parents, society, the powers that be, etc. project onto them.

Compulsory schooling itself signals the coercive nature of school attendance, and somehow, we still arrive at a place that posits the child as the issue. They are either too anxious, too needy, or too spoilt, and these are the only questions we ever have to ask in lieu of interrogating our participation in a schooling system–both willingly and unwillingly.

There are rarely any deep investigations into why a child is refusing to go to school. Instead of adjusting the school environment (by promoting test scores as checkpoints rather than metrics, helping ‘stern’ teachers to approach a ‘sensitive’ child in different ways, promptly addressing any signs of bullying and working daily to create a sense of well-being and belonging in a judgement-free zone, and other conditions for mental health issues to flourish), we instead ask the child to change. The focus on the child’s reaction is a deficit-based model that places the burden on them for the myriad of valid reasons for refusing school, instead of any other potential causes.

Children are placed in an educational system where passing tests and following the curriculum come first. The system undermines their liberty by enforcing worry, stress, and constant comparisons. These are not wholesome environments for children to grow up in. Naturally, they become upset.

There is always a layer of reasons why a child feels so strongly about not going to school. Given the conditions of mainstream schooling today, we can hardly blame them. The idea of ‘school refusal’ is often steeped in reductionism that betrays the lack of proper analysis into this phenomenon, as well as our collective attitude toward child autonomy.

A wealth of studies show that high-quality motivation requires autonomy. According to Edward Deci and Richard Ryan’s studies, autonomy, a sense of mastery, and healthy connections are requirements for someone to be intrinsically motivated. Learning is of a higher quality when we are organically motivated. Most adults know that when they have the freedom to make decisions that have meaning for them, and when they are not constantly comparing themselves to others, they are less likely to experience fear or shame. We seem to forget that this applies to young people finding their foothold in the world.

A common rebuttal (like the one shown in this article in question) submits that “letting your child skip school because of school refusal tantrums can backfire, according to experts.” Based on the premise of exposure therapy, we reinforce feelings of avoidance by “letting” children refuse school.

Dr. Naomi Fisher, Clinical Psychologist, offers another perspective: we set the stage for trauma when adults constantly push a child into a scenario they are resisting. The child is unable to express their discomfort and cannot rely on the adults around to listen to them; at its root, this is understandably distressing. At school, this then becomes the feeling of being suffocated by extreme stress which has the potential to traumatise them. This seeps out and affects parents too, who feel at a loss toward what to do.

These methods that encourage ‘desensitising’ the child to their schooling environment are flawed: they don’t pay attention to the child’s objections to attending school. Instead of focusing on the factors that cause the child to refuse, we decide that the issue is the refusal itself. Parents are essentially advised to ignore what their children have to say.

Most damning of all, is that this cannot be simply resolved by psychology or mental health training–the premise of exposure therapy fails when we begin understanding that these fears aren’t irrational at all. It presumes that the fear is unfounded and that the actual situation isn’t as severe as the person believes it to be.

Instead of desensitising kids from going to school, forcing them to do so again runs the risk of doing the opposite (as the school hopes). Consider what happens if you were made to go somewhere you hated every day. Do you begin to love it, or tolerate it out of obligation and hopelessness?

Just because a child eventually stops showing symptoms after ‘treatment’ for this anxiety (have we considered that this is resignation to the fact that they have to attend school?) doesn’t always mean that they have overcome their refusal. Sometimes, it means they have learned to ‘mask’ their feelings, from an overwhelming feeling of not being heard or accepted by the adults in their midst and have simply developed coping strategies to help them endure their situation. This is not healthy for the long term.

Ultimately, children cannot consent to this forced exposure therapy. Doing so will only stifle their voice, and sense of safety and reassurance to create more lasting damage.

Kids do well if they can. It is human nature to prefer a social milieu. If a child is refusing, it is likely that the environment is not conducive for them to flourish.

What if this was reframed to school being not right for the child at the moment, and why not shift from calling it ‘school refusal’ to’ home preference?’ We ignore this perspective at our own peril.

When we treat school refusal as a solely personal issue, we individualise a fundamentally systemic issue of mental health denial, and coercive schooling practices; missing the mark with bandaids over bullet wounds. Parents, teachers, and stakeholders in education could look long and hard at whether they are reinforcing ‘masking’ and creating long-term mental health issues, instead of superficial ‘mental health treatment’ that only serves to paper over real issues that cannot simply, however conveniently, be relegated to the individual’s response to such environments.

The school system and the issues it causes need to be seriously considered in any meaningful mental health intervention. We need to accommodate more variation in education and development and give young people the opportunity to succeed in a variety of ways while preserving their agency.

Finally, as crucial therapy and mental health intervention are, we would also do well to be critical of how it can be used as a cudgel to socialise people into the distressing yet normalized material conditions of our systems to be ‘functional’ in a way that is defined by your ability to stomach said systems. But more on that later.

“Difficulties with school are far more complicated than school refusal. Refusal is just what we see, but underneath it there will be so much going on. We need to start asking ‘What’s going wrong here?’, rather than ‘How can we make them go?’. We need to see school refusal as feedback, sometimes the only feedback children can give.” – Dr. Naomi Fisher

Fisher, N. (2022, April 17). The side effects of school: A crisis in mental health can’t be solved through therapy. Progressive Education. Retrieved January 7, 2023, from https://www.progressiveeducation.org/the-side-effects-of-school-a-crisis-in-mental-health-cant-be-solved-through-therapy-by-dr-naomi-fisher/